Gabriel Omar Batistuta – Polo and golf instead of football… For now

Long hair, number nine on the back, and shoot of enormous power… Those three symbols marked his career. Made him immortal in football circles. He is, one and only, Gabriel Omar Batistuta. A.k.a. – Batigol. Is there any football fan on this world who didn’t like this player? 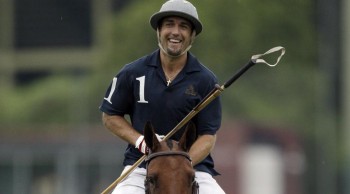 Batistuta was mostly associated with Fiorentina where he spent nine years and became a true legend. Also, famous Argentinian stayed remembered as a player who did “something that must not be done”. He moved from River Plate to arch rival Boca Juniors at the very start of his career. But, even hard core River fans couldn’t close their eyes on everything he has done for Argentinian national team. Batigol ended his career in 2005, after breaking a record of goals in one season in Qatar. How predictable.

And what happened to him after that?

Well, Argentinian nine first moved to Perth, Australia, to rest from football after all those years. But, that was not going to last. During the 2006 FIFA World Cup he worked as a commentator for Televisa Deportes. And, a year later, Batistuta moved back to Argentina where he finished some coaching courses.

In the meantime he prefers to play polo and golf…

At least, goalkeepers are finally safe of his shoots.