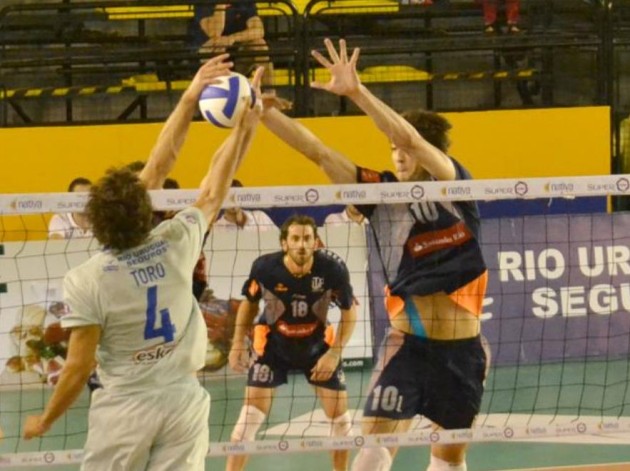 After a slightly erratic start, Boca Rio Uruguay Seguros was ahead 8-6, with Diego Bonini who led his team to reach the second break 16-11. UNTREF Voley showed a change in attitude and aproached (21-19). However, the hosts won the set 25-20.

Boca was ahead on the first techinical time-out (8-7). However, Ferreyra and Gaston Giani led UNTREF Voley to the second technical time advantage, 13-16. They were able to hold the advantage ant take the set by 21-25.

UNTREF was leading against Boca Rio Uruguay Seguros on both technical time-outs (7-8, 13-16). The hosts tied at 18-18, with much smoother development and point to point. In the end, Franco Lopez and Martinez stepped up and UNTREF forced the tie break (22-25).

The tie break was initially intense, and although the visitors started up, they failed with their service stability and Boca Rio Uruguay Seguros took the lead (7-5). Yhe visitor were leading 9-10. After that UNTREF was a point away from victory (12-14). In an emotional final Boca managed to win 21-19 and sealed the victory.

Diego Bonini was the top scorer with 40 points.