Michael Vaughan: you must move on quickly after a life in sport – or it can become a life sentence

“You gotta sell yourself.” That was the advice from George Foreman when I flew to Houston to interview him as part of my television documentary exploring how sportsmen handle retirement. Sol Campbell and Stephen Hendry have both retired since we filmed the programme and are contemplating a fresh start. 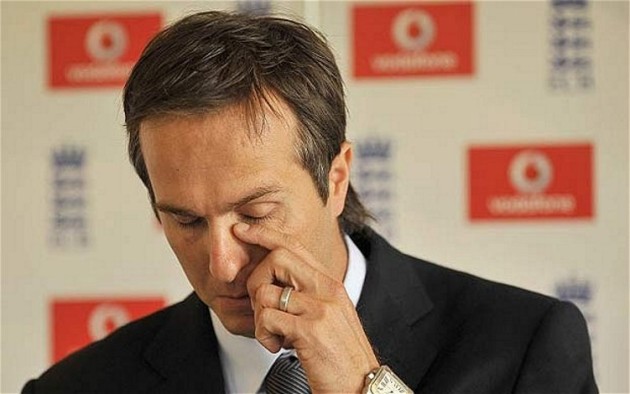 When to retire and what to do with your new life? Sometimes answering those questions can be harder than playing the sport you love. Foreman followed his own advice. His lean, mean grilling machines made him far richer than anything he did in the ring. He used his name as a commodity.

He sold it and lived off the profits forging a new life in business.

Sol Campbell and Stephen Hendry have both retired since we filmed the programme and are contemplating a fresh start. Whether you are selling products with your name on, your expertise in the commentary box or dedicating yourself to charity, a sportsman needs a new challenge, a new life.

Not everyone is so shrewd. Boxer Herol Graham’s life fell apart when he walked out of the ring for the last time. ‘Bomber Graham’ told me in vivid detail how his life declined quickly and culminated in a suicide attempt.

In the end he drank some booze, slit his wrists and went to bed to die. It was only because he had his arms down and smothered the cut that he is still with us today.

This is a guy who finished his playing days and could not cope. He did not realise his worth. He was used to people chanting “Bomber” in the streets at a bloke who was happy-go-lucky on the outside but with demons on the inside.

The question we try to answer on Wednesday night on BBC One is why some sportsmen can move on in their life while others hanker after past glories, never quite coping with being back in the real world.

Every sportsman has to cope with a period of mourning when he retires. You are left with a void in your life and how you fill it will decide your future happiness and success.

The show begins with my emotional press conference to announce my resignation as England captain. My emotions came out because at that moment I realised that was it. As much as I put a positive spin on it, I knew my knee was not right and that I would never play for England again. I was also giving up the best job in English sport because being England captain tops the lot. You get to go out and play as well as direct proceedings.

Perfect for a sportsman.

For the next year, until I called it a day at Yorkshire, I put a few things in place to make sure I had a new life. I used my sport in the last few months to sell myself. It was a bit selfish. But you have to find a new life and work hard.

I felt ready to move on. That is the key. Ensuring the day you stop playing sport does not begin with the question: what do I do now? Those who struggled to cope with the new life put off thinking about it until it was too late and had to ponder their past.

‘Bomber Graham’ admits that was part of his problem. He was close to becoming world middleweight champion in 1990 when he was knocked out, despite dominating the fight, by Julian Jackson. He never won the world title and that haunted him into retirement.

Regrets. Many sportsmen have to life with those forever because once it is all over, there is no chance of correcting the mistakes of the past. If you retire at 35 you have a long time left to contemplate where it might have gone wrong. Move on. And move on quickly for your own sake. It is hard.

Darren Clarke and Tony Adams tell me their sport is “like a drug”.

One man who never had the chance to choose his own retirement was rugby player Matthew Hampson. His sport, playing days and active life were taken away from him in an instant. He was in a scrum while training with the England Under-21s, it collapsed and everything changed. He was paralysed from the neck down and is in a wheelchair for the rest of his life. But he says he is a better person now than he was before the accident because he is using his life to try to create a foundation to help people who go through similar experiences, not just in professional sport but also at amateur level. He is an inspiration.

Whenever a sportsman is going through a run of bad form and feels sorry for themselves, I say, “look at Matthew Hampson”.

As the end of a career looms we all say the same things. John McEnroe tells me the two things he said he would never do again were play and commentate. He has done both. That sums it up. We all say we will never go back. But we do. We love talking and playing the game we excelled at.

Recognising that, but also accepting you can’t perform at the level you once did, and acknowledging the next generation, is part of the healing process.

For some it takes an instant. For others a lifetime.

After Olympic athletes retire, what’s next for them?