One of the best teams of the Brazilian Super League, Cimed Sky, has been facing financial problems recently. Apparently, the large and wealthy companies have stopped investing in this club because of the lack of results. 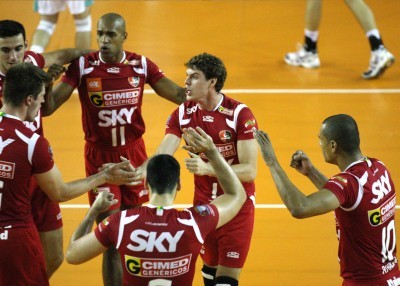 The Brazilian club that won championship four times with the current team, has been in difficult situation these days. “Now we have to ask for the support of the Government of Santa Catarina and Florianopolis. We are looking for new investors, but will make no agreements with players until we finish the negotiations. Now our concern is to fulfill the commitments,” said Renan Dal Zotto, the former sports manager of Cimed.

It is certain that some players will not play for Cimed Sky in the new season. Apart from Bruno Rezende, who will replace Marlon in RJX, Murilo Radtke and the opposite Rivaldo have also left Cimed. Moreover, it seems that the experienced Gustavo and Giba will not stay in the club.

CEV: Netherlands stays alive after a dramatic turnaround against Serbia

Road to EuroVolley: “We want to support...