How many of you know that England have one volleyball team in the CEV Challenge Cup? Yes, you read it well – England. 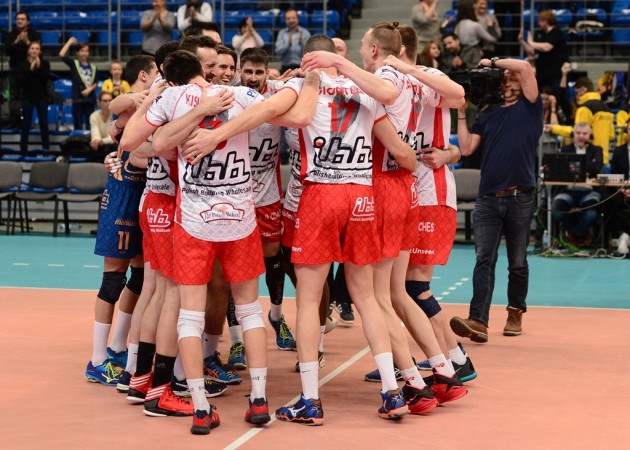 IBB Polish Building Wholesale also known as IBB Polonia are the champions of England and a team that made a historic success by defeating Hungarian team in the first round of CEV Challenge Cup.

It was a sign for us to make an interview with the sports director of the team Chris Hykiel, who has revealed the way this team is fighting to make volleyball more popular sport in United Kingdom.

IBB Polonia have made a historic debut in CEV Challenge Cup. How did you feel after big victory over Hungarian team?

“I’ve been involved with IBB Polonia London for over thirty years and this is right up there with my experiences. We played amazingly as a team working to a very good game plan. We struggled in Hungary because it is impossible to prepare for such a jump in levels: nobody else plays this standard in England. We were taken slightly by surprise in Hungary, but managed to rework our strategies and the result is spectacular!”

Why did you decide to play in Poland as the host?

“We have been a partner with PGE SKRA Belchatow for several years and have learned from their experience. We knew that all of the infrastructure was in place already and as such it would have been “easier” to play in Poland where amongst other things the supporters are the best in the world. We knew that the match was going to be shown live on PolsatSport and this made the idea even more attractive. The hosts in Belchatow were amazing as usual, and we are very grateful for them and their staff for making this historic moment in English volleyball comes to fruition.”

How people react on volleyball in England?

“Volleyball in England is growing. The other teams in our top division, Super 8, have some good players, but we still have quite a way to go to match the top leagues in countries like Poland. We have our own official supporters club who passionately support us every week: we have several hundred people who proudly wear our replica shirts. We are trying to pave the way for other clubs in England to follow. Ultimately by being the best we can be and modeling ourselves on top clubs like PGE SKRA Belchatow we aim to grow the sport as a whole in the UK.” 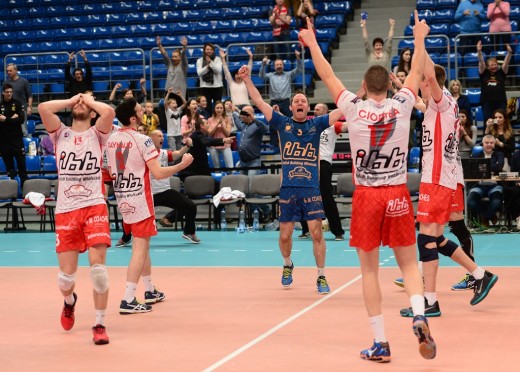 Is it difficult to reach the fans there?

“As I said, we have the only official supporters club in England. They are LOUD! At our matches they bang drums; play trumpets and generally have fun. They help us so much and even traveled to Poland to support us recently. They are the envy of the other teams in the country. Our Facebook page has over five thousand people liking it; which is a record in our country. I would like to welcome new fans in 2017!”

What would be the best way to improve volleyball league in England?

“We are doing what we can by learning from the best in the World in PGE SKRA Belchatow, and passing our ideas on to other UK teams who also want to learn. We are very fortunate to have some superb sponsors, headed up by IBB Wholesalers. Without them we would not be able to play at this level. The volleyball league has many non-English players in it which makes the level stronger as a whole. Ultimately the level of play and number of competitors must increase month by month: this can only happen if everyone in volleyball in England play their part and promote the sport and their clubs as hard as they can.”

“We all need a break over Xmas and then the hard work starts straight away. We have the next round of the CEV Challenge Cup and against Draisma Dynamo. We have to start planning for that and making decisions about the location of that match. That information will be shared on our Facebook page: so please keep an eye on it and come and support if you can get there. We also have to keep our lead at the top of the table in the Super 8 division as well as the national Cup. as holders of both titles, everybody will want to beat us, and we welcome their challenges and look forward to some great games over the next few months”, says Chris Hykiel, for the end of the interview.

NEW YEAR’S INTERVIEW: Thaísa Daher – “I have 24 tattoos and I want more”