Only two days left until the first match at the European Women's Championship. Will powerful Russia preserve the throne? Maybe some new team will make a real surprise? Find out in our women's EuroVolley 2017 Live Blog! 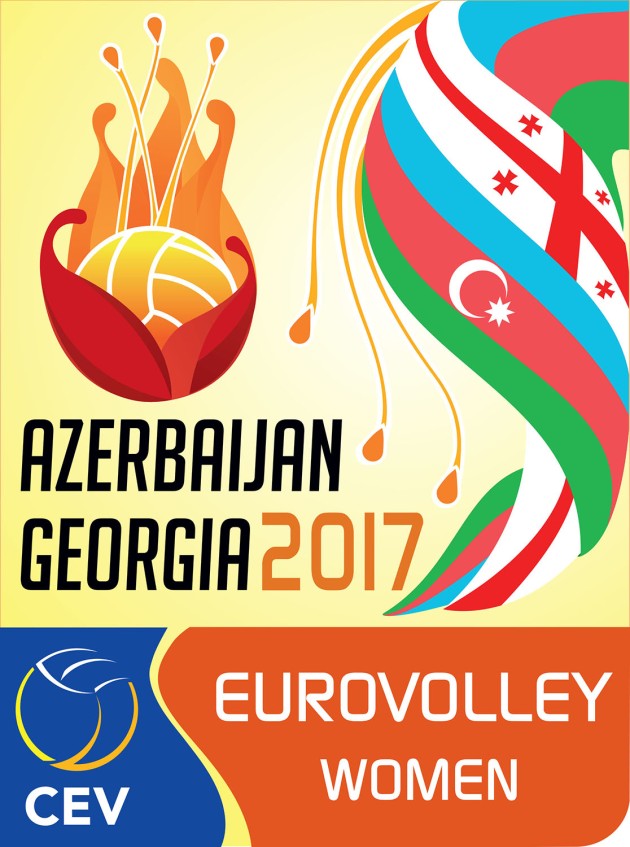 There are 16 teams that will participate at the European Championship in Azerbaijan and Georgia. The teams are divided into four groups:

Check out the schedule of the tournament (22 September – 1 October).

The information about EuroVolley (W) will be updated several times per day. You will have a chance to read much news about the teams, to watch interesting videos and to see some photos.

21:18 CET – Serbia’s head coach Terzic – “We almost didn’t provide any opponent with an opportunity to beat us – and because of this, I’m very proud of my team.”

19:05 CET – Serbia win the gold medal, not losing a game throughout entire tournament!

09:45 CET – Guidetti – “Serbia’s volleyball is on antother level, we are not ready for it yet”

09:00 CET – Coach Terzic says that Serbia is better team than Turkey at the moment

23:25 CET – Azerbaijan’s duo of stars Rahimova and Mammadova sid the same after losing to the Dutch NT: “We must now prepare for the bronze medal match”.

22:14 CET – Sloetjes praised Baku crowd for making a great atmosphere in the gym for the semis, Morrison explained how he motivated his team for the tie-break.

18:35 CET – The Netherlands secured themselves a battle for gold medal as they prevailed in grueling semifinal encounter vs. Azerbaijan

20:50 CET – Konstantin Ushakov, head coach of Russia after defeat from Turkey said: “I do not have any words and there is nothing I can say about this match.”

20:40 CET – Turkey took the last spot in the semifinals

10:00 CET – Huge block for the end of Serbia-Belarus game

14:16 CET – Italy’s coach Mazzanti uses the strangest volleyball coaching board in the world…

10:14 CET – Bulgaria’s coach Dimitrov revealed that two key players of his team were ill before the Playoff encounter vs. Germany.

08:32 CET – Germany’s head coach Koslowski elated after his team prevailed in the Playoff tie-break drama vs. Bulgaria: “What an amazing job the girls did! I think I’m the proudest person in Baku today.”

23:40 CET – These are pairs for the quarterfinals of the EuroVolley 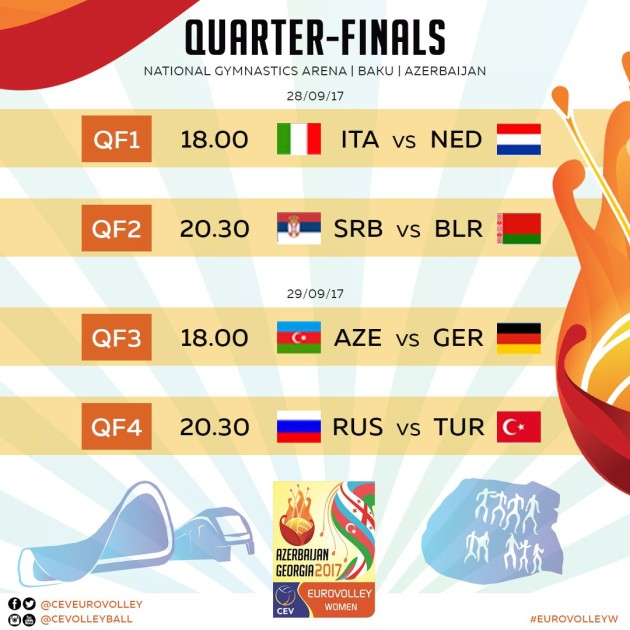 21:02 CET – Belarus’ coach knows what is needed against Serbia

09:21 CET – The head coach of Turkey, Guidetti, shone with happiness after advancing to the Playoffs: “This is our tournament!”

08:29 CET – Russia’s head coach Ushakov commented on the hard work of his team in the preliminary stage: “We shouldn’t underestimate the importance of this result.”

23:00 CET – All 1/8 finals are well known and four teams from the quarterfinals are waiting for their rivals: 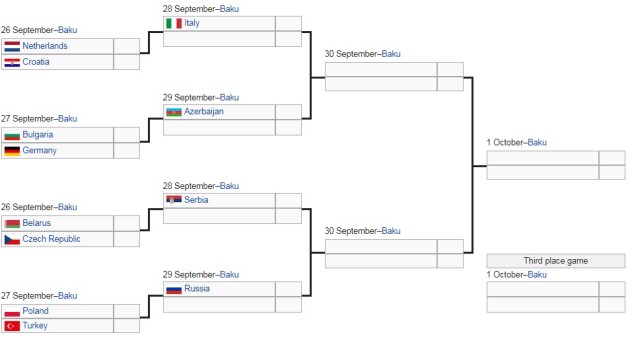 20:01 CET – Azerbaijan will play in the quarterfinals!

13:51 CET – Croatia’s coach had another interesting press conference appearance, withdrawing a proposal he has sent to the CEV yesterday.

13:00 CET – Poland’s coach Nawrocki said his team had to play a bit “crazy” against the rivals like Azerbaijan

21:00 CET – After Serbia, Italy is the second team to claim ticket for quarterfinals

18:09 CET – Serbia defeat Belgium to advance to the quarterfinals

11:02 CET – This is the moment when Turkey’s coach Guidetti was sent off in the game vs. Russia (VIDEO)

09:33 CET – Belgium’s middle blocker Freya Aelbrecht stated that her team lost the most important game in the tournament.

08:39 CET – When Serbia’s head coach Terzic praises his players he always keeps at least a bit of criticism…

16:03 CET – Another good display of Ukraine, still not enough for the win

10:00 CET – Robin De Kruijf due to injury still out of the court

16:22 CET – Ukraine prevented upset against Ukraine in the opener

15:12 CET – This is what captain of Belarus thinks about the upcoming tournament

10:35 CET – Yesterday the libero of the Russiam National team Svetlana Kryuchkova missed the first training in Baku because of the high temperature

20:20 CET – Bulgaria have announced the roster

15:33 CET – This is the squad of Belgium for EuroVolley 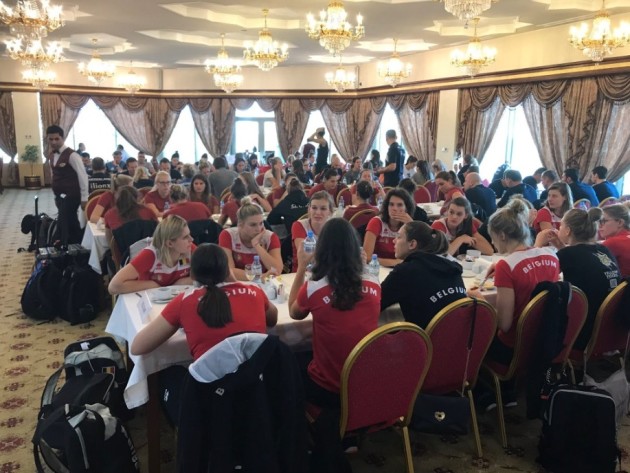 08:00 CET – These players will represent Italy at EuroVolley.

All matches for European Cups in Turkey scheduled...

Is there anyway to watch it live online?